The Question of Ethnic Cleansing

Ethnic cleansing is a concept that has proven difficult to define. While there are multiple controversial topics in the political world, few have so much controversy surrounding just their basic definition. The precise legal definition was given much consideration by the UN, with the entire topic even being assigned its own tribunal in 1992. (Britannica) Ethnic cleansing was finally given an official definition by UN resolution S/25274 on the 10th of February in 1993 as, “...a purposeful policy designed by one ethnic or religious group to remove by violent and terror-inspiring means the civilian population of other ethnic or religious group from certain geographic areas.” (undocs.org) Ethnic cleansing has not been recognized as an independent crime under international law, and instead falls under the umbrella of being a crime against humanity. (United Nations) Crimes against humanity refer to a multitude of serious crimes committed against civilian populations as part of a widespread and systematic attack (Oxford Reference), and are not yet codified in a dedicated treaty of international law-- although there are continued efforts to do so. In full, ethnic cleansing constitutes a crime against humanity, but continues to have no legal definition under international criminal law.

The previously mentioned tribunal assigned to ethnic cleansing, the United Nations Commission of Experts, conducted further research on ethnic cleansing in 1993 in response to the Serbian attacks on Bosnian Muslims (Science Direct). This further area of research included the identification of the actions commonly practiced under the title of ethnic cleansing, actions including murder, torture, arbitrary arrests, extrajudicial execution, rape and sexual assaults, severe physical injury, forcible removal, and many others (United Nations). Upon reading the list, it’s understandable to be confused as to why ethnic cleansing is considered a controversial topic, but the contention comes primarily from the semantics and implications of its name.

Those who contend the topic argue that it is compared too often to genocide when, they claim, ethnic cleansing is merely the establishment of ethnically homogenous lands-- not the action of genocide itself (Britannica). In American historian Norman Naimark’s International Encyclopedia of the Social and Behavoiral Sciences, however, Ethnic cleansing is defined to in some cases, “...lead to or overlap with genocide.” Therefore, while the goal of ethnic cleansing is to drive a people from a designated territory and not physically destroy them, the actions committed under its name overlap with genocide more often than not. 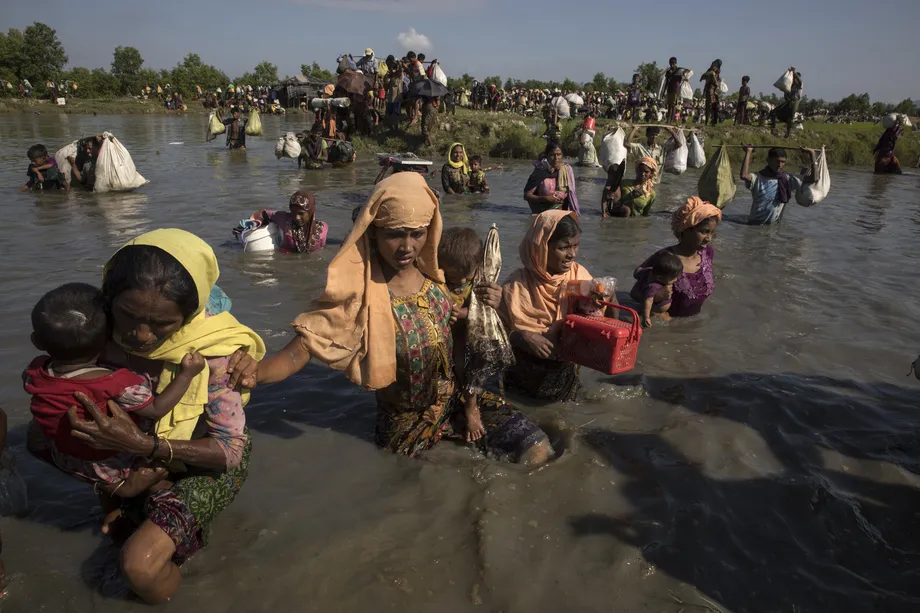 Even in 2021, ethnic cleansing is a relevant topic to discuss. One example of current ethnic cleansing is the humanitarian crisis in Myanmar, an issue also discussed and explored by the IMUN Security Council this year (IMUN), an ethnic cleansing involving the targeting of Rohingya individuals by the Burmese government. The Rohingya people are a primarily Muslim ethnic group that represent about 1 million people among Myanmar's total population of 52 million (Worldvision.org), and have been deliberately forced out of their homes by violent means since late 2017. One example of this coercement are the claims that the Mynamar military have been seen raping and sexually abusing Rohingya women and girls (Amnesty International). By 2021, the situation is even more dire. On March 23rd of 2021, a large fire started from a gas can explosion that destroyed an estimated 10,000 shelters, World Vision food distribution sites, and clean water and sanitation facilities (Worldvision.org). This natural disaster greatly exacerbated the already poor living conditions, forcing more Rohingya people to escape to neighboring countries.

Though the harms of ethnic cleansing are easy to recognize, they are not so easy to mitigate. As of late 2021, the UN continues to send international aid to Myanmar to provide aid to its bordering countries and garner funding, but to truly stop ethnic cleansing-- or at the very least decrease its future possibility-- preventative action is necessary. IMUN encourages their delegates to discuss ways to amass funding for the current crisis’, as well as consider how to better protect the cultural heritage of targeted ethnicities. Despite the magnitude of the issue and the disheartenment it may inspire, stopping ethnic cleansing requires fierce persistence and dedication that the IMUN will continue to encourage and support.