*Disclaimer – this article simulates a news article during the period of the crisis. Preventive democracy between Secretary-General U Thant and US President John F. Kennedy (1961)

The world has never been closer to nuclear Armageddon. The ensuing confrontation between the United States of America and the Soviet Union, dubbed the Cuban Missile Crisis, is presently the most pressing issue in global headlines, and nations worldwide are watching attentively to see how this conflict will unfold. In order to get a grasp on the nature of this crisis, it is important to understand the events that led up to it, how means such as disarmament could bring an end to the present and future situations, and how the impending conflict between the U.S. and the U.S.S.R. can be avoided.

In 1961, the U.S. unsuccessfully tried to invade Cuba to overthrow the communist government. This failed attempt, known as the Bay of Pigs invasion, prompted Cuba to ally itself with the U.S.S.R., requesting foreign aid. In return, Soviet premier Nikita Khrushchev deployed nuclear missiles on the island, providing Cuba with fortification while countering the threat of American missiles in Italy and Turkey. American intelligence soon recognized the significant threat this posed on national security. While military advisors advocated for an invasion and strategic airstrikes on Cuba, President John F. Kennedy opted for a more cautious alternative. He announced a “quarantine” on the island, where the American navy would intercept any non-essential Soviet shipments to Cuba. This was viewed as aggression by the U.S.S.R, resulting in a delicate moment in international relations where even slight miscommunication could lead to an extreme escalation. How both nations plan to alleviate the situation is unclear (TED-Ed).

This crisis brings up the principle of disarmament as a tool to end the current conflict and prevent future ones. The probability of a nuclear war occurring is highly dependent on the number of crises such as the one in question and, in turn, the number and range of nuclear stockpiles. While disarmament may be hard to achieve, it could be the most definitive protective measure against future catastrophic events. Additionally, nations need to adhere to the principles of non-proliferation. In essence, this means countries currently not possessing nuclear weapons will not seek to acquire them, and those possessing nuclear weapons will not transfer them to other nations. A non-proliferation policy could be extremely beneficial to mankind, but would prove hard to implement given that its effectiveness relies on full cooperation by every member state. This aspect is where the United Nations, an internationally recognized and respected organization, may prove helpful (UN Chronicle). 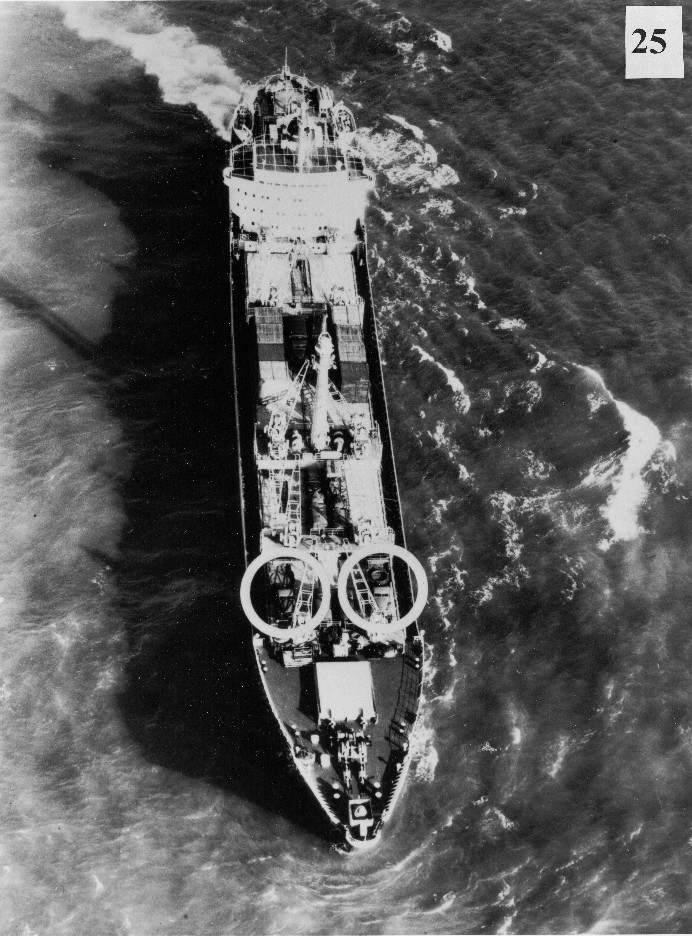 Photo archive (1992) of the Poltava naval ship carrying IRBM missiles back to Moscow.

A nuclear war between the U.S. and the U.S.S.R. would have significant global implications, such as a nuclear winter. Thus, it is in the international community's interest to work together to find a peaceful way of mediating and ending this confrontation. There are several possible solutions to reduce the tensions between the two superpowers. First and foremost, there needs to be open dialogue between the two countries. This eases hostilities and allows diplomatic solutions to be implemented by both sides. For instance, the U.S. could propose the removal of nuclear weapons from Italy and Turkey close to the U.S.S.R. and agree never to invade Cuba. In return, the U.S.S.R. would withdraw its presence and any nuclear weapons from Cuba under the observation of an international watchdog such as the United Nations. In all respects, nuclear disarmament is a critical element of the solution. Both nations should commit to decreasing their nuclear arsenals and comply with strict regulations set by an international body such as the United Nations.

Preventative diplomacy will play a crucial role in developing a solution, as implementing dialogue and mediation will prevent tensions from escalating further and ensure a peaceful resolution to the conflict. Secretary General U. Thant has recently addressed the UN Security Council, urging prompt negotiations between the two parties. His proposal entailed the voluntary suspension of all arms shipments to Cuba on behalf of the U.S.S.R, and an end to the quarantine by the U.S. Premier Khrushchev, and President Kennedy has yet to respond to this proposal (UN Chronicle).

All in all, it is unclear yet how this crisis is to unfold. There are a variety of factors that could come into play, completely changing the dynamic of the conflict. IMUN is dedicated to successfully yielding some solutions to address the current situation in the upcoming conference. 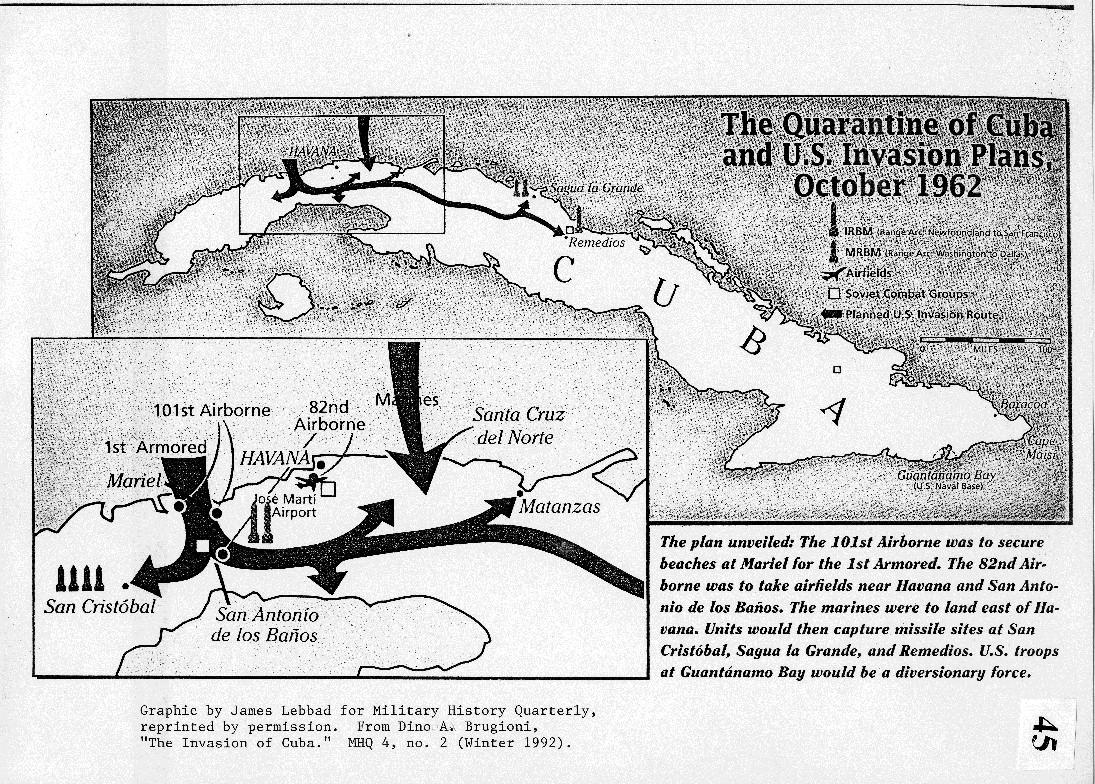 Image by Millitary History Quarterly depicting the 1992 US invasion plan of Cuba.