The Question of the Conflict Between Ukraine and Russia

The Question of the Conflict Between Ukraine and Russia
Luca I. 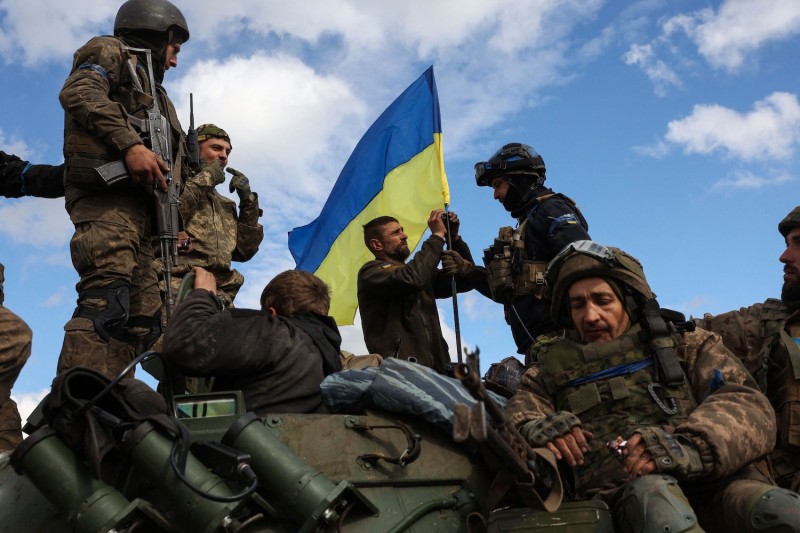 Image from Foreign Policy newsletter of Ukrainian soldiers in the Donetsk region (2022).

The Russia-Ukraine conflict is one of the most pressing global issues that has remained a consistent headline throughout 2022. This “special military operation,” as declared by Russian President Vladimir Putin, has since displaced more than 13 million Ukrainians and left tens of thousands dead since it began in late February of this year (BBC). To fully grasp the nature and magnitude of this war, it is necessary first to understand the origins of the Russia-Ukraine conflict, what has happened since the first February invasion, and what Russia’s ultimate intentions are.

Tense relations between Ukraine and Russia have been developing for years. In 2004, Ukraine’s Orange Revolution marked the country’s realignment towards Europe. In 2013, Ukrainian president Viktor Yanukovych, who Moscow backed, backed out of a trade pact with the European Union, which ignited large-scale protests and his eventual overthrow in February of the following year. Putin, who accused the United States and the EU of being behind this “coup,” promptly responded by moving into Crimea and annexing the territory. He further supported separatist groups in the Donbas region, who proclaimed two independent republics. Ukraine has suffered massively from these events and remains the poorest country in Europe (Washington Post).

The origins of the conflict help explain the events that had happened since February 24th of 2022, when the full-scale invasion of Ukraine began. Russian forces' initial and primary goal was to swiftly capture Kyiv, the capital, and overthrow the current government led by President Volodymyr Zelensky. However, much to the surprise of experts worldwide, the outgunned Ukrainians were able to cause a retreat of the Russian forces. Poor planning by the Russian forces and supply shortages gave Ukrainian troops more time to implement defensive measures, giving them the upper hand (Washington Post). In the following month, Russian forces moved in from the South and took the province of Kherson, effectively controlling Ukraine’s Black Sea coast and forming a land bridge between Crimea and breakaway republics in the Donbas. In May, Ukrainian forces in the port city of Mariupol surrendered, following weeks of intense bombardment by Russian forces and culminating in a siege in the Azovstal Iron and Steel Works Plant. In late August, Ukrainian forces launched a counteroffensive in Kherson. By September were able to take back much of Kharkiv, in the country’s northeast, including a crucial logistics hub for Russian forces (New York Times). More recently, there have been referendums that the EU has described as “illegitimate” in Russian-occupied regions of Ukraine, in which the overwhelming majority of citizens agreed to join the Russian Federation (Euronews).

As per the Washington Post, in his speech in February to Russians, Putin justified Russia’s actions, claiming that his ultimate intent was to “demilitarize and de-Nazify Ukraine.” His alleged goal was to protect and liberate Russian speakers in the Donbas, who he said were subject to “bullying and genocide” by the Ukrainian government. One of the key claims Putin has made throughout this campaign is that Russians and Ukrainians are one and that Ukraine itself is not its own country but rather a creation of Soviet planners. Furthermore, Putin’s underlying motive also concerns the expansion of NATO near Russian borders. The organization's expansion into the Eastern Bloc has been a source of frustration for Russia, as well as Ukraine’s increasing political proximity to NATO and the EU (Donahue).

As the United Nations charter declares, “Any annexation of a State’s territory by another State resulting from the threat or use of force is a violation of the Principles of the UN Charter.” (United Nations) The UN has condemned Russian aggression, and the General Assembly adopted a resolution on the 24th of March “Deploring the dire human humanitarian consequences of the hostilities by the Russian Federation against Ukraine.” In February, the US and Albania, permanent and non-permanent members of the Security Council, respectively, authored a Security Council resolution (S/2022/155) co-sponsored by 81 member states. Eleven members voted in favor (UK, US, France, Albania, Brazil, Gabon, Ghana, Ireland, Kenya, Mexico, and Norway), three abstained (China, India, and the UAE), and Russia voted against the resolution. Since Russia is a permanent member of the Security Council, the draft failed to be adopted.

This conflict could take many different directions, and as of right now, it is unclear how it will be resolved and what possible developments may occur. The considerable magnitude of this issue and its global implications requires a significant evaluation by IMUN, and its consistent support in finding a viable solution to the conflict.

Steckleberg, Aaron, et al. "Why Russia Gave up on Urban War in Kyiv and Turned to Big Battles in the East." The Washington Post, Nash Holdings, 19 Apr. 2022, www.washingtonpost.com/world/interactive/2022/kyiv-urban-warfare-russia-siege-donbas/. Accessed 5 Nov. 2022.